Located between two gentle canals in the heart of the city, Sofitel Legend The Grand Amsterdam boasts a rich history. Successively a convent in the 15th century, a Royal Inn in the 16th century, headquarters of the Dutch Admiralty in Holland's "Golden Age", then Town Hall and in 1966 the setting for the wedding of Her Majesty Queen Beatrix of the Netherlands, The Grand has certainly left its mark on the history of Amsterdam.

The Canal House Suites are situated in the former official residences of famous Dutch admirals such as Michiel de Ruyter. They have the aura of a bit of metropolitan history dating back to the 17th century. The timeless elegance of cream-coloured walls, wooden ceiling beams, warm autumn colours and a subtle mix of classic and modern furniture.

Guest can also enjoy all the hotel facilities like the garden terrace, cigar lounge, Libary "Or", Flying Dutchman hotel bar and restaurants Le Petit Bistro and one Michelin star fish restaurant Bridges. Also access to the SoSPA and SoFIT, dedicated to wellness and well-being (including an indoor heated swimming pool with jet stream, Jacuzzi, Haman, sauna and two treatment rooms).

Built in 1678, Canal House Suites at Sofitel Legend The Grand Amsterdam is situated on the 2nd oldest canal of Amsterdam. This hotel features free WiFi.

Each room here will provide you with air conditioning and pay-per-view channels. There is also a coffee machine. Featuring a hairdryer, private bathroom also comes with bathrobes and free toiletries. Extras include a desk and a safety deposit box. 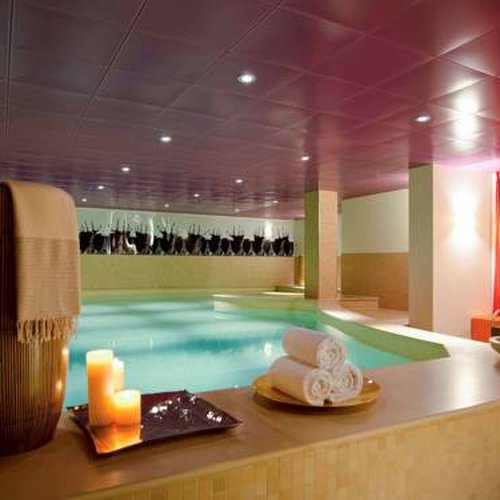